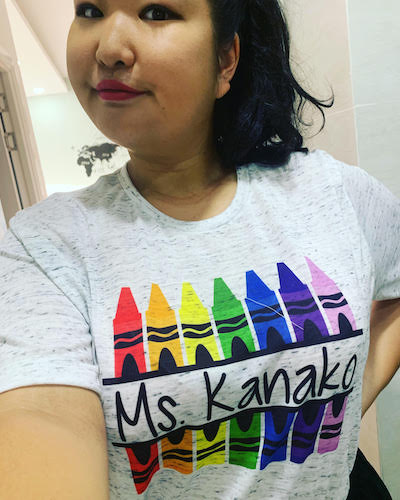 In 2018, I wrote this blog post, “What’s In A Name” where I discussed the connection between a name and an identity, and the realities of having a non-Western name in an international context. The majority of students at my school in Vietnam have Western nicknames registered in the database, like Jason or Annie. They have their Vietnamese name, but many of them don’t go by that in the class.  It’s been 3 years since I wrote that post, and in the last three years, I’ve learnt more. I’ve met people who have come from all walks of life, people with experiences so contextually different from mine but conceptually the same. I came across books and posts and Tweets that forced my brain to think and expand beyond what I knew. I learnt and I grew, and as I begin applying for jobs for the next school year, now is the time.

I  know I don’t have to explain anything to anyone, but if you want to learn about the process I went through to come to this decision, keep reading 🙂

In 2005 when I moved to Taipei—my first time abroad— I didn’t speak any English.  I didn’t know anything about languages and cultures that weren’t Japanese, and so when my teacher pronounced my name as “Ka-Nah-Ko’, I accepted that that was “how it was pronounced in English”. I didn’t know better and a part of me thought it was “cool” to have a name that’s MY name but also a bit different. It made me feel… Cool. Different. Better. And that was it; that was my “name” for years to come.

In 2010, upon returning to Japan, I met a new group of people; English speakers who also spoke Japanese. I noticed they had the tendency to pronounce my name the Japanese way, and I didn’t think too much about it beyond “oh, they know how to say it in Japanese so they’re just using that”. 2010 me was so oblivious and naive…

10 years later, I sat in my living room in Vietnam, reading Dr. Danau Tanu’s book, “Growing Up in Transit”. While this book had many many topics that were eye-opening for me, including examining my internalised racism, believing in the supremacy of Western ideas, concepts, goods, people, etc, this section really really stood out.

In relation to a student, Vandana, who decided on how her name is pronounced based on how her kindergarten teacher said it in the class, not by how it is pronounced by speakers of her language, Danau writes that “(a)lthough (mis)pronunciation of a name may appear trivial, it is symbolic of the power of the dominant culture to shape identities”.  Both Vandana and I allowed speakers of other languages, and more importantly, speakers of English, the dominant language, to determine HOW our cultural names are pronounced.

Isn’t me accepting that a prime example of internalised racism and internalising the Western “brand”? My name, a beautiful Japanese name, wasn’t perceived to be important enough to maintain its pronunciation and I just… went along with it.

After reading Dr. Tanu’s book, I began thinking about what this realisation means for me. In a way, the Anglicised pronunciation of my name has given me an identity— an international identity. I was Ka-NAH-ko around international friends, and KA-nako around Japanese friends. And that’s how I’d thought about it for years. But now, I’m more knowledgeable. More inquisitive. More self-reflective. I am more aware of how my beliefs and values have been shaped up to this point.

At the AIELOC / WoCinELT Conference this November, Darnell Fine encouraged us to engage in a conversation about names. To start thinking about getting our students’ names right.To try our best to pronounce names that may be difficult for us depending on what languages we speak. And, to notice that names that are “difficult” for us are just “unpracticed”.

So, learn, practice, have students correct you, practice again, master it.

And that’s when it hit me.

If I, an educator, a TCK (third-culture-kid), an adult, a person who has been a member of the international community for more than half of my life, continue to identify by the wrong pronunciation of my name, then how can I encourage my students to be better?  If I don’t do better for myself how can I support my students? If I don’t believe in the importance of correctly pronounced names how do I instill this belief in my students?

One of the goals I have in life is to model the beliefs, values, and behaviours I want to see from my students. Whether that’s being principled, doing the right thing, being vulnerable, or being true to myself, I can’t preach what I am not practicing. It’s not an authentic example for students to see if I don’t believe in it.

So. I am starting by practicing what I believe in. I’m starting with me. So I can do better, for myself, and for my students.

So. Hello. My name is Kanako, pronounced KA-nako. It’s nice to meet you all, again.