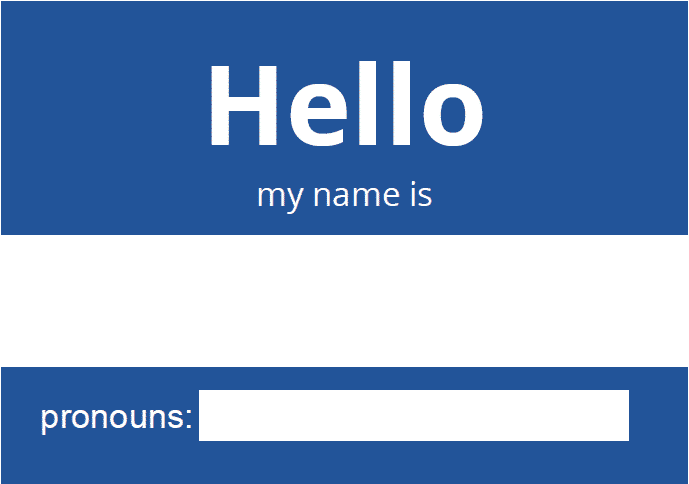 Tom Black, Chief Innovation Officer at Paradigm, made a recent guest blog post in the NameCoach that pulled at my heartstrings. In it, he writes of deep truths regarding who we are as connected to our life experiences and identities. He asserts the importance of names and pronunciation as foundational for truly including a person in their professional and educational worlds. Tom calls out the power of saying names in the context of Black Lives Matter and the grave and systemic injustices of racism associated with names. The racial justice nonprofit I once worked for would say that naming is the first step towards framing and explaining what is truly happening in our society.

I am reminded of efforts to name injustice such as the reading of names on Holocaust Remembrance Day and the AIDS Quilt. Those of us, like myself, who are descended from immigrants who passed through Ellis Island understand the power of names. We’ve all told the story of what our family surname was before the journey from the Old World, and what the arbitrary decisions made upon arrival created it to be in order to “better fit in” here in the United States.

Why does this matter? It is no secret that many of us who are perceived as outliers to society, for whatever reason, must do the extra work daily to both advance professionally and represent our identities in that advancement.  Being an “other” is an existence described by a gamut of individuals ranging from academics such as Edward Said, and every person standing for justice this year.

I know this “otherness” first hand. As someone who lives on the fringes of gender identity and norms, I’m the reason why LGBT activists and organizations began the practice of creating interpersonal introductions such as, “My name is _____, and my gender pronouns are ____.”  Who I am is intrinsic to me, yet lacks adequate means by which to be easily understood and acted upon without creating new norms and practices, and new understandings of what it means when someone like me appears in professional, educational, or social settings.

In 1999, I was interviewing for a job as a research associate with an environmental organization in San Francisco. Mid-interview, I was told simply, “I’m sorry, but who you are isn’t going to work here.” When I asked for clarification I was told, “We can’t hire someone like you.” I walked away and rode the train home with no social or legal recourse, and no alternative but to return to an underpaying job as a food service employee. Twenty years later, in 2019, I was let go by an employer because, “You don’t fit in here” – which was the only coherent and consistent feedback I ever received from my manager, other than that I, “wasn’t paying attention to fitting in.”  Except, I was now able to file a formal legal discrimination complaint with the State of California and return to an industry that viewed me as a peer, with the support of many.  I had an inexperienced understanding of how discrimination and misrepresentation affected me in 1999, but by 2019 I absolutely knew what it looked like.. My understanding of how I am received has grown over decades of recording experiences like these, and the careful documenting of how I have been treated, accordingly.

My point being, that this journey for all of us must begin somewhere.  Times change, as does the recourse available to us.  Our ability to change is predicated on our understanding of our context, and that begins with naming things, including gender pronouns.  It is an important step to normalize the use of gender pronouns and identity by all means available to us: business cards, email signatures, drivers’ licenses, in databases, and in the tools we use that provide normalizing frameworks to our interactions with others.

I have been using “they/them” as my gender pronouns for over three years, and have sought to understand my own identity and gender expression for the better part of the past 30 years.  “They/them” is what feels closest to who I am as a person. Yet, there are days when I am too tired to correct colleagues, coworkers, friends and family.  And, the narrative of “fitting in,” weighs heavily on my mind.  There are also days I weigh whether or not to bother correcting clients and customers.,  Because for some, I need to run the calculus about whether or not that correction will endanger the businesses I’ve represented, and ongoing revenue that supports more than just my job. I’ve opted out of this correction not because I believe I won’t be supported in it, but because I’m the only one who truly understands the possible outcome of it from first-person experience, even amongst supportive colleagues.

Embracing digital tools means embracing digital opportunities to insert new thinking about who we are into them. However, having these means, and even compelling others to act on them, is only part of the equation.  I also know what it feels and looks like to be gaslit into performance by a company or manager, with the veneer of acceptance because so much attention is being called to who I am as a demonstration that, “the lady doth protest too much, methinks.”  So, while we speak names and gender pronouns, we must also create genuine mechanisms by which our world can change.  McKinsey recently released a new study on creating inclusive workplaces and the organizational barriers that these efforts face.  While we’re at it, a healthy investigation of practices long considered to be social and cultural norms is long overdue.

Lack of representation and understanding is a system that perpetuates itself.  Eliminating it begins with creating the means by which we alleviate the entire burden of overcoming it from the very individuals whose participation and input are sought.  We must provide new tools that support new ways of thinking and acting, supported by genuine efforts to redress what is considered to be “culture” and the context in which all persons show up.